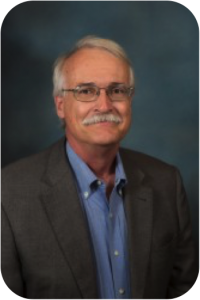 Ritchie Garrison teaches graduate courses for the Winterthur Program and the Department of History, including Material Life in America, Readings in American Material Culture, American Vernacular Landscapes, and Craftsmanship in Early America. He began his career as Director of Education at Historic Deerfield, Inc., in Deerfield, Massachusetts, and came to the University of Delaware in 1985 as the Assistant Director of the Museum Studies Program. In 2006, he became Director of the Winterthur Program in American Material Culture.

His fields of interests are the vernacular buildings and landscapes, pre-industrial craft, material culture historiography and theory, the history of agriculture, and the Civil War. He is the author of Two Carpenters: Architecture and Building in Early New England, 1799-1859 (Knoxville: University of Tennessee Press, 2006), winner of the Vernacular Architecture Forum’s 2007 Abbott Lowell Cummings Prize for the best book in North American Vernacular Architecture, and the 2007 Historic New England, Inc. Book Prize. His first book, Landscape and Material Life in Franklin County, Massachusetts, 1770-1860, (Knoxville: University of Tennessee Press, 1991) was reprinted with a New Introduction in 2003. Garrison was co-editor with Ann Smart Martin of, American Material Culture: The Shape of the Field (Winterthur: The Henry Francis du Pont Winterthur Museum, Inc. Distrib. By the University of Tennessee Press, 1997). Presently, he is editing a volume tentatively titled A Most Affecting Sight: The Diaries of John Ritchie and George Thompson Garrison of the Massachusetts 54th and 55th Black Regiments, 1863-65.