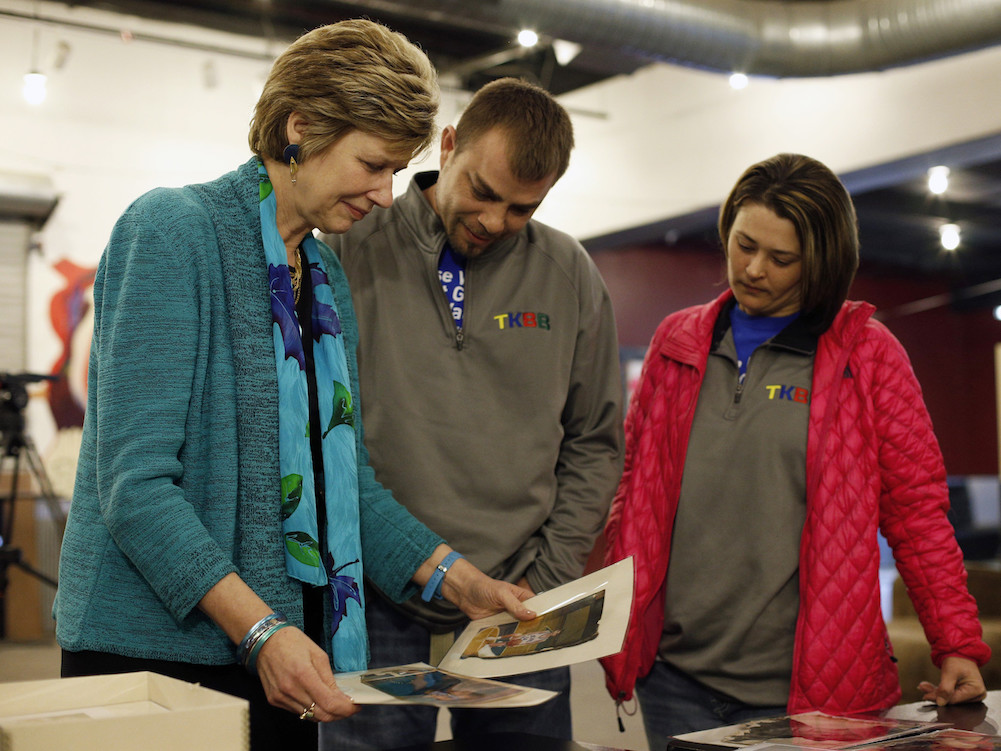 University of Delaware Professor Debra Hess Norris, left, shows Ricky and Traci Harris some of the more than 300 family photographs that were cleaned, repaired and salvage by her students, during a press conference at The Warehouse Youth Center in Washington Court House, Ohio on Friday, March 13, 2015. Ricky’s three children and his mother all died in a house fire the morning after Christmas, and the photos were about the only items salvaged from the blaze. (AP Photo/The Columbus Dispatch, Kyle Robertson)