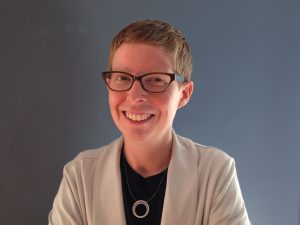 Laura Helton specializes in American literature and history of the twentieth century with an emphasis on African American print culture and public humanities. Her research and teaching interests include archival studies, memory and material culture, gender and sexuality, and literary practices of the black freedom struggle. Her current book project, Collecting and Collectivity: Black Archival Publics, 1900-1950, examines the emergence of African American archives and libraries to show how historical recuperation shaped forms of racial imagination in the early twentieth century. Professor Helton is co-editor of a special issue of Social Text on “The Question of Recovery: Slavery, Freedom, and the Archive” (2015). Her work on black information practices has appeared in PMLA (2019) and in the edited volume Against a Sharp White Background: Infrastructures of African American Print (2019). Currently an NEH/Mellon Fellow in the Scholars-in-Residence Program at the Schomburg Center for Research in Black Culture, she has also received fellowships from the National Endowment for the Humanities (2019), the Carter G. Woodson Institute for African-American and African Studies at the University of Virginia (2013-2015), and the Center for Humanities & Information at Penn State (2015-2017). In 2016, she was awarded the Zuckerman Prize in American Studies from the University of Pennsylvania, awarded for the best dissertation connecting American history to literature or art in any period. Professor Helton’s interest in the social history of archives arose from her earlier career as an archivist. She has surveyed and processed collections that document the civil rights era, women’s movement, and American radicalism for several cultural institutions, including the Mississippi Digital Library, Tamiment Library & Robert F. Wagner Labor Archives, CityLore, and the Schomburg Center for Research in Black Culture.