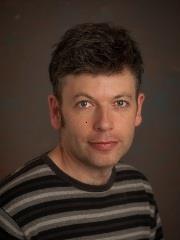 Julian Yates is H. Fletcher Professor of English and Material Culture Studies at University of Delaware. He is the author of numerous essays on Medieval and Renaissance literature and culture, questions of ecology, the posthuman, and literary theory. His books include: Error, Misuse, Failure: Object Lessons from the English Renaissance (University of Minnesota Press, 2003), which was a finalist for the Modern Language Association’s Best First Book Prize; What’s the Worst Thing You Can Do To Shakespeare? (Palgrave Macmillan, 2013), co-authored with Richard Burt; Object-Oriented Environs in Early Modern England (Punctum Books, 2016), co-edited with Jeffrey Jerome Cohen; and Of Sheep, Oranges, and Yeast: A Multispecies Impression (University of Minnesota Press, 2017), winner of the Michelle Kendrick Memorial Book Prize from SLSA (Society for Literature, Science, and the Arts). His research has been supported by grants from the Andrew Mellon Foundation, the National Endowment for the Humanities, the Folger Shakespeare Library, the Huntington Library, and the American Philosophical Society. He is currently at work on Noah’s Arkive: Towards an Ecology of Refuge, a study of the legacies of Noah’s Ark in contemporary accounts of global warming with Jeffrey J. Cohen; and a book on Shakespeare’s dramaturgy and contemporary discourses of refuge with the working title Cosmopolitical Shakespeares.