Spencer Wigmore is a doctoral candidate in the department of Art History at the University of Delaware. Studying 19th century American art, he specializes in American and European landscape painting and photography. His dissertation “Albert Bierstadt and the Speculative Terrain of American Landscape Painting” examines links between landscape art and the material culture of financial speculation. In addition to his internship at the Pennsylvania Academy of the Fine Arts, he has held positions at the Winterthur Museum and Garden, The National Gallery of Art, the Denver Art Museum, and the Joslyn Art Museum. As the first Finkel Fellowship recipient, Spencer has spent the summer of 2016 interning at the Pennsylvania Academy of Fine Arts. Explaining his project, he writes:

This summer I worked for Anna Marley as a curatorial intern on PAFA’s upcoming exhibition, Thomas Eakins: Photographer. Over the course of three months, I participated in a number of tasks: conducting archival and object research, managing the exhibition checklist, handling image rights requests, and helping to develop interpretive content for the exhibition. I also served as the liaison between curator Susan Danly, who currently resides elsewhere, and the rest of the curatorial team.

I was particularly excited to have the opportunity to draft and edit the interpretive content for the exhibition, which included object labels, thematic introductions, and a promotional brochure for the exhibition. In developing these texts, I had the opportunity to link stimulating new scholarship on Eakins’ fascination with gender, sexuality, and photography with one of PAFA’s richest and most historically important archives: “The Charles Bregler Thomas Eakins Collection.”

My time at PAFA will culminate in an Art at Lunch lecture on October 27, 2016. Engaging with PAFA’s materials allowed me to revisit one of my own previous research projects—a study of Eakin’s brief career as a sculptor of public monuments. Working with his friend and fellow sculptor William Rudolf O’Donovan, Eakins produced two life-size bronze sculptures for the Soldiers’ and Sailors’ Arch in New York City. Depicting Abraham Lincoln and Ulysses S. Grant on horseback, the sculptures proved to be two of New York’s most controversial monuments. Using photographs and documents from PAFA’s archives, my talk explores how Eakins created a Civil War monument that radically upended convention.

The exhibition will open to the public in October 19, 2016 – January 29, 2017 at the Richard C. von Hess Foundation Works on Paper Gallery, Historic Landmark Building. Learn more about the exhibition here. 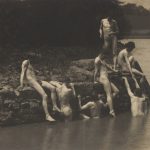 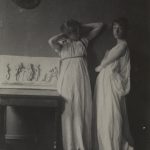 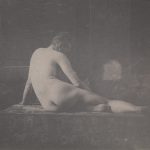