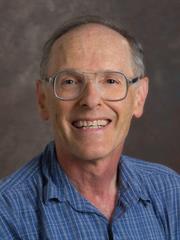 Tom Rocek is an archaeologist specializing in the United States Southwest. His research has included studies of historical Navajo settlements on the Navajo Nation (Navajo Multi-Household Social Units: Archaeology on Black Mesa, Arizona) and Formative through Late Prehistoric research in New Mexico, particularly within the Jornada branch of the Mogollon archaeological culture (The Henderson Site Burials: Glimpses of a Late Prehistoric Population in the Pecos Valley, with John Speth; Diversity on the Edge of the Southwest: Late Prehistoric Hunter-gatherers and Farmers of the Jornada Mogollon with Nancy Kenmotsu (editors) [in press 2017]).  His research interests include middle-range societies, agricultural origins, mobility and sedentism, quantitative analysis, and particularly comparative approaches to archaeological analysis (Seasonality and Sedentism : Archaeological Perspectives from Old and New World Sites, with Bar-Yosef (editors)).  Most recently, this comparative interests have included both the Formative period in the Southwestern United States and the Neolithic period in the Czech Republic. He is particularly interested in the a comparative perspective to examine the use of material culture by populations undergoing shifting patterns of cultural adaptation, and conversely, the analytical use of material culture in understanding those patterns.