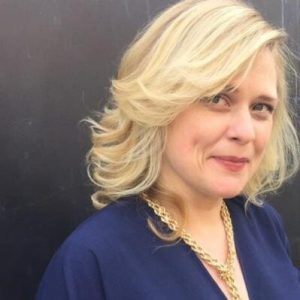 Zara Anishanslin specializes in Early American and Atlantic World History, with a focus on eighteenth-century material culture. Anishanslin received her PhD in the History of American Civilization at the University of Delaware in 2009, where her dissertation won the prize for Best Dissertation in the Humanities.  In 2011, it also won the University of Pennsylvania’s Zuckerman National Prize in American Studies. In 2014-15, Anishanslin was a Mellon Postdoctoral Fellow at the New York Historical Society. In 2009-2010, Anishanslin was the Patrick Henry Postdoctoral Fellow in the Department of History at Johns Hopkins University. Additional fellowships include grants from the Omohundro Institute of Early American History and Culture, The Huntington Library, the American Antiquarian Society, Center for the Humanities at the CUNY Graduate Center, The Library Company, Harvard Atlantic Seminar, the Massachusetts Historical Society, the McNeil Center for Early American Studies at the University of Pennsylvania, Henry Luce Foundation/American Council of Learned Societies, and the Winterthur Museum. She has co-chaired the Columbia Seminar on Early American History and Culture and can regularly be found talking history on the Travel Channel show, “Mysteries at the Museum.”

Her first book, Portrait of a Woman in Silk: Hidden Histories of the British Atlantic World, was released by Yale University Press in 2016. Her new research focuses on material culture and the American Revolution.