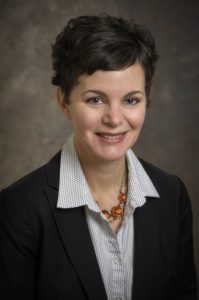 Professor Bellion taught at Rutgers University and the College of William and Mary before joining the University of Delaware in 2004.  As the Terra Foundation for American Art/Institut National d’Histoire de l’Art Visiting Professor in 2015, she taught at the Université de Paris 7 (Paris Diderot) and the École Normale Supérieure.  An elected member of the American Antiquarian Society, she been awarded grants and fellowships from the American Antiquarian Society, Center for Advanced Study in the Visual Arts (National Gallery of Art), Henry Luce Foundation, Library Company of Philadelphia, National Endowment for the Humanities, Omohundro Institute of Early American History and Culture, and Winterthur Museum.  She has contributed to exhibitions at the National Gallery of Art, the Art Institute of Chicago, the Newberry Library, and the National Museum of Women in the Arts. She serves on the Executive Board for the Historians of Eighteenth-Century Art and Architecture (HECAA) and on editorial boards for Bloomsbury, the University of Delaware Press, and the journal Winterthur Portfolio.

Professor Bellion advises graduate students in American art history and serves on the Executive Committee of the Winterthur Program in American Material Culture.  Her undergraduate courses include surveys of American art history and seminars on topics including fakes and forgeries, illusionism, and the Peale family in Philadelphia.  Her graduate seminars include courses on methods and historiography, iconoclasm, sculpture, and the transcultural arts of the colonial Americas.