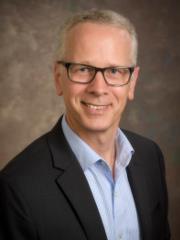 Martin Brückner is Professor in the English Department and serves as the Director of the Winterthur Program in American Material Culture (WPAMC). His teaching and research interests include: early American literature and culture (C17 to C19); material culture studies; objects and the literary imagination; literary geography of the Atlantic World; history of American cartography; print culture and the visual arts; and intellectual history. He earned his M.A. from the Johannes-Gutenberg-Universität Mainz in American Literature and Cultural Geography in his native Germany, and his Ph.D. in English and American Literature from Brandeis University in the United States.

His books include, The Social Life of Maps in America, 1750-1860 (2017; winner of the 2018 Fred B. Kniffen Book Award, International Society for Landscape, Place, & Material Culture) and The Geographic Revolution in Early America: Maps, Literacy, and National Identity (2006; winner of the 2007 Louis Gottschalk Book Prize in Eighteenth-Century Studies); as well as two edited volumes, Early American Cartographies (2011) and American Literary Geographies: Spatial Practice and Cultural Production, 1500-1900 (2007; co-edited with Hsuan L. Hsu). His over thirty essays on early American literary, visual, and map culture have appeared in journals such as American Quarterly, American Art, American Literary History, English Literary History, Winterthur Portfolio, and numerous essay collections. Working as Visiting Curator at the Winterthur Museum, he prepared the exhibition Common Destinations: Maps in the American Experience (2013-2014; http://commondestinations.winterthur.org/). He is Principal Investigator of the collaborative digital humanities project, ThingStor: A Material Culture Database for Finding Objects in Literature and Visual Art (2019).

Brückner has held grants and post-doctoral fellowships from various institutions, including the Andrew W. Mellon Foundation, the National Endowment for the Humanities, the Program in Early American Economy and Society at the Library Company of Philadelphia, the American Antiquarian Society, and the Obama Institute for Transnational American Studies at the University of Mainz. His work has received the Excellence in Scholarship Award from the University of Delaware’s College of Arts and Science (2018), the Society of Early Americanists Essay Prize (2007), and the Francis Alison Young Scholar Award (2002). Currently co-editor of two volumes, Elusive Archives: Material Culture Studies in Formation and Modelwork: Material Culture and Modeling in the Humanities, his most recent essays discuss the role of objects in the age of thing theory, the literary geographies of Charles Brockden Brown, and the map culture of the War of 1812. His next research projects explore the relationship between early American fiction and material culture broadly defined in the eighteenth and nineteenth century.