ThingStor is an interactive database that will enable students and scholars to recognize and better understand the form and function of material objects referenced in the works of literature and the visual arts. 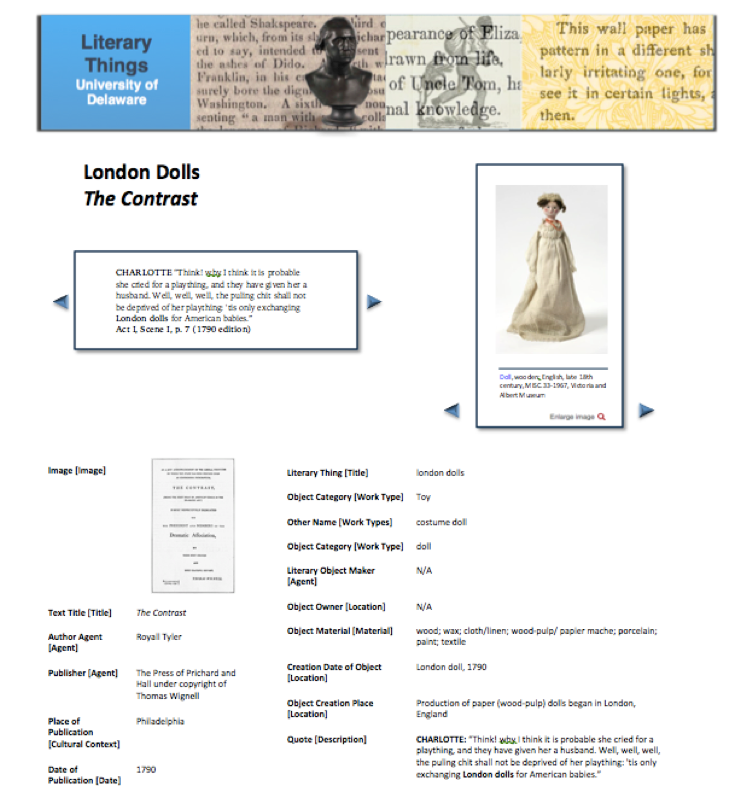 Mockup for ThingStor in which objects are explored in their literary context(s), their material qualities are examined, and their cultural history is analyzed.

A prototype entitled “American Literary Things,” currently under construction using a WordPress website interfacing with a MySQL database, will illustrate and explain objects ranging from early references to the “pitching biscuit,” “Continental Dollar,” or “London Doll” to later ones such as the “bell-hoop,” “Bowie knife,” or the “Shirley Temple cup” cited in Toni Morrison’s novel The Bluest Eye.

Building on this prototype, ThingStor seeks to develop a searchable archive in which references to mundane and symbolic objects—from mundane buttons, tea cups, and tin cans to iconic objects like Benjamin Franklin’s printing press, Charlotte Perkins Gilman’s yellow wallpaper, or the great Gatsby’s car—are historically identified as they appear in fiction or poems, paintings or sculptures. Tracking both verbal and visual quotations, ThingStor will connect object references to researched object descriptions, representative visual illustrations, and a host of other source information, including historical context, critical analysis, and critical secondary sources. When in operation, ThingStor seeks to develop practical and theoretical models that will help scholars better understand how objects and their material qualities—both representational and thematic—shaped over time popular stories and images, even affecting the metaphors we live by.

By cross-referencing material objects and their representation with biographical and geo-referenced data, ThingStor will be able to show how each generation gravitated to material culture in order to express political and social concerns, to celebrate or mourn, to create a sense of identity. It thus asks questions, such as what kind of objects circulated during particular periods? How did they circulate in different media outlets and social spaces? And, how did objects connect ideas about literature or the arts to larger debates in politics, science, economy, or religion?

By using and developing computational tools that can analyze large sets of textual and visual data, ThingStor will generate new knowledge about material culture and its intermedial connections. In order to achieve this ThingStor seeks to become widely available. As an open source archival project, it invites the interested public to contribute archival findings via the portal 1 Thing 2 Teach where future participants will find instructions and a link to a data intake form.

ThingStor is a project of the Center for Material Culture Studies, developed in collaboration with the Department of English, Computer Science, and the University of Delaware Library. ThingStor’s principal investigator is Dr. Martin Brückner; project managers are Leighanne Hsu (Computer Science) and Eileen Moscoso (English). 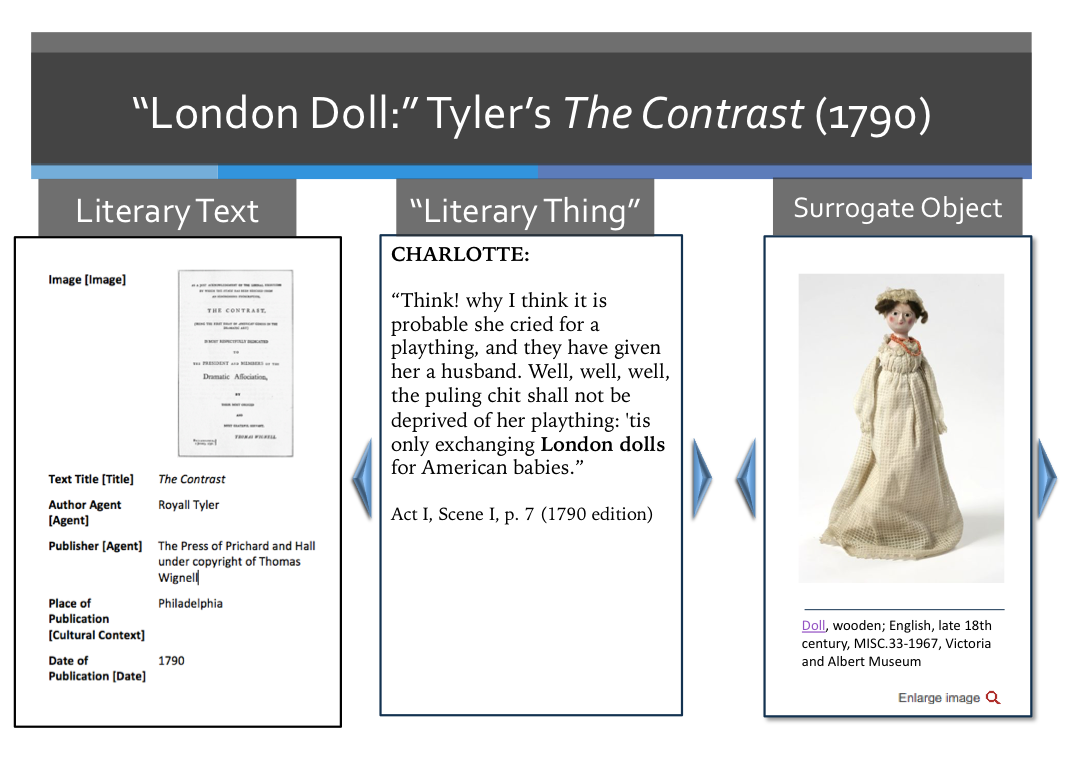 Mockup for ThingStor in which objects are explored in their literary context(s), their material qualities are examined, and their cultural history is analyzed.