Title: “A Nation of Objects:  Nationalist Kitsch in Imperial Germany”

About: Kitsch was a bridge connecting the sense of belonging to the German nation to the articulated ideology of German nationalism. But it was not as simple as is sometimes assumed. Far from merely reinforcing German nationalism, kitsch also had the effect of domesticating its claims. This is the first attempt to map out the world of nationalist kitsch – as expressed in the world of objects ranging from beer steins to street signs – and to gauge what it tells us about the sentiment of national belonging.

Speaker Bio: Helmut Walser Smith is a historian of modern Germany, with particular interests in the history of nation-building and nationalism, religious history, and the history of anti-Semitism. He is the author of German Nationalism and Religious Conflict, 1870-1914 (Princeton, 1995), and a number of edited collections, including The Oxford Handbook of Modern German History(Oxford, 2011), Protestants, Catholics and Jews in Germany, 1800-1914(Oxford, 2001), The Holocaust and other Genocides: History, Representation, Ethics (Nashville, 2002), and, with Werner Bergmann and Christhard Hoffmann, Exclusionary Violence: Antisemitic Riots in Modern German History (Ann Arbor, 2002). His book, The Butcher’s Tale: Murder and Anti-Semitism in a German Town (New York, 2002), received the Fraenkel Prize in Contemporary History and was an L.A. Times Non-Fiction Book of the Year. It has also been translated into French, Dutch, Polish, and German, where it received an accolade as one of the three most innovative works of history published in 2002. Smith has also authored The Continuities of German History: Nation, Religion, and Race across the Long Nineteenth Century (Cambridge University Press, 2008), and is presently working on a book on German conceptions of nation before, during, and after nationalism. His research has been funded by the NEH, the German Academic Exchange Service, the Volkswagen Foundation, and the Alexander von Humboldt Foundation. At Vanderbilt, he has served as Director of the Robert Penn Warren Center for the Humanities and the Max Kade Center for European and German Studies. He teaches a wide variety of courses in European history and in historical methodology. In 1997, he received the Jeffrey Nordhaus Award for Excellence in Undergraduate Teaching. 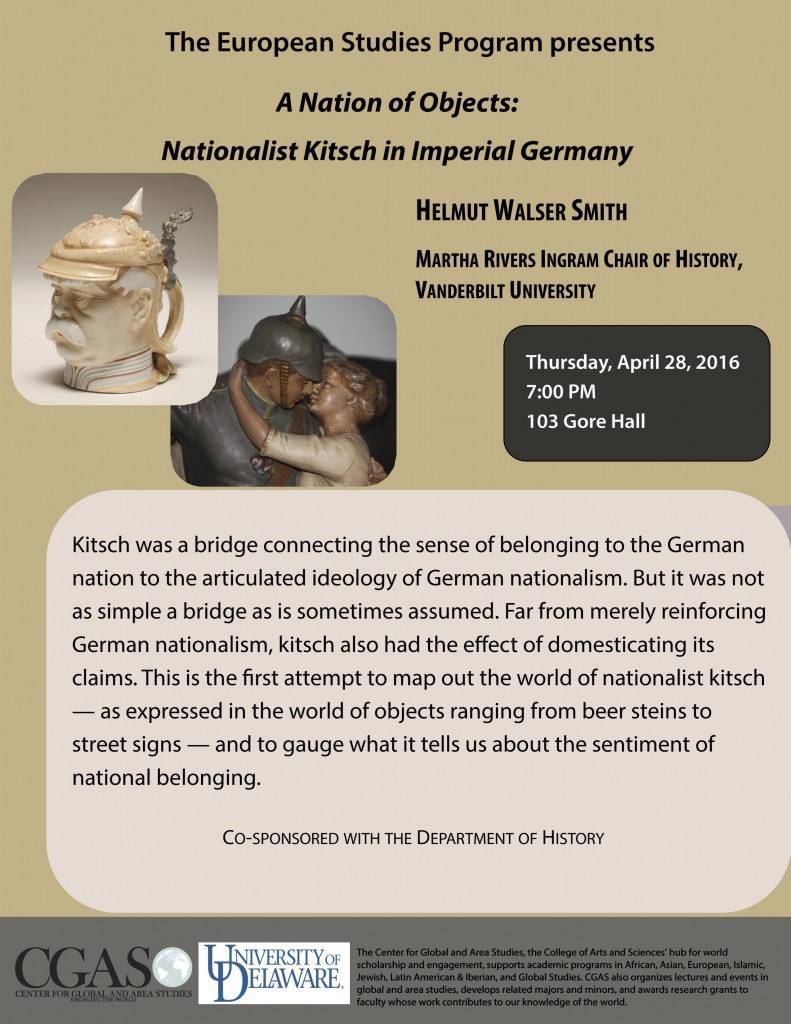