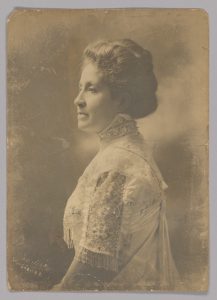 Over summer 2020, Dr. Alison Parker contributed to the commemoration of the 100th Anniversary of the 19th Amendment.

Check out her blog post, “Mary Church Terrell: Black Suffragist and Civil Rights Activist,” published in July on the Women’s Suffrage Centennial Commission blog. This article was republished in On Their Shoulders: The Radical Stories of Women’s Fight for the Vote (Amazon Kindle, September 2020).