Our CMCS affiliate faculty have been busy! The Center is thrilled to share recent news about three of its members: Dr. Zara Anishanslin (History & Art History), Dr. Jesse Erickson (English & Morris Library), and Dr. Curtis Small (Morris Library). Read below to learn of their accomplishments! 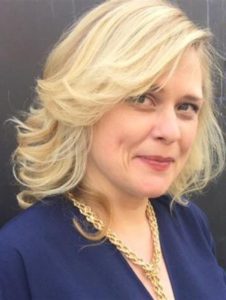 Professor Zara Anishanslin has been named a 2021 Mellon/ACLS Scholar and Society Fellow. She will partner with the Museum of the American Revolution in Philadelphia for her project, London Patriots: Transatlantic Politics, Material Culture, and the American Revolution. Anishanslin will uncover the histories of three key artists who each achieved an American first during the American revolutionary era: Prince Demah, first identifiable enslaved portraitist; Robert Edge Pine, founder of the first art museum; and Patience Wright, first sculptor. Additionally, this two-year grant will support the development of public humanities projects, including a monograph, graphic novel, museum exhibition and vlog. 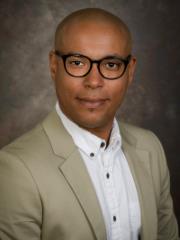 Dr. Jesse Erickson has been elected as a member to the American Antiquarian Society (AAS). A learned society and research library founded in 1812, the AAS considers nominees who have achieved distinction in their fields. Dr. Erickson is a bibliographer and researcher in the study of special collections, print culture, and book history. His primary research interests include ethnobibliography, African American publishing and printing, and American Ouidiana. Past publications include a published version of his senior thesis, “The History of the Malleus Maleficarum: A Bibliographic Study” and, more recently, the article “Revolution in Black: Black American Alternative Press and Popular Culture at the End of the Twentieth Century” which was printed in the 2011 issue of Publishing History. Other publications include his reviews for Humanism and Libraries: An Essay on the Philosophy of Librarianship by Andre Cossette and Modern Print Activism in the United States edited by Rachel Schreiber. 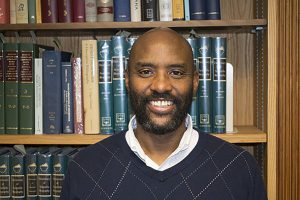 Dr. Curtis Small has also been elected as a member to the American Antiquarian Society (AAS). A learned society and research library founded in 1812, the AAS considers nominees who have achieved distinction in their fields. Dr. Small is a librarian and coordinator of public services for the Special Collections department at University of Delaware Library. He regularly teaches and lectures based on books and manuscripts from the collection. In 2017, he curated the exhibition Issues and Debates in African American Literature at UD Library. In 2019, Curtis was co-curator of  Drawing Connections: Illustration and the Written Word , an exhibition at University of Delaware Museums. In that same year, he was a co-organizer of the Black Bibliographia conference, sponsored by the Center for Material Culture Studies at UD. Curtis has interests in literature, book history and African American print culture in particular.  He also works to increase racial diversity and equity among professionals in the fields of archives and special collections. He holds a PhD in French from New York University and an MLIS degree from the School of Library and Information Science at Simmons University.