“The Social Life of Maps in Eighteenth-Century America”

A talk given by Martin Brückner, Associate Director of the Center for Material Culture Studies

This talk examines the rise of maps in American popular culture during the eighteenth century. By reviving the oft-forgotten “ornamental” understanding of maps, I call attention to the way maps operated as multi-form consumer goods whose meaning was contingent on the materiality of the map and its social environment. By illustrating how maps were embedded—real and symbolically—inside physical places (architecture), the arts (prints and theater), and the material culture of everyday life (furniture), I trace the emergence of maps as fashionable consumer objects and popular narrative props. Ultimately, I will show how maps were at the core of an emerging performance culture in which maps increasingly played a formative role defining the private and public sphere. 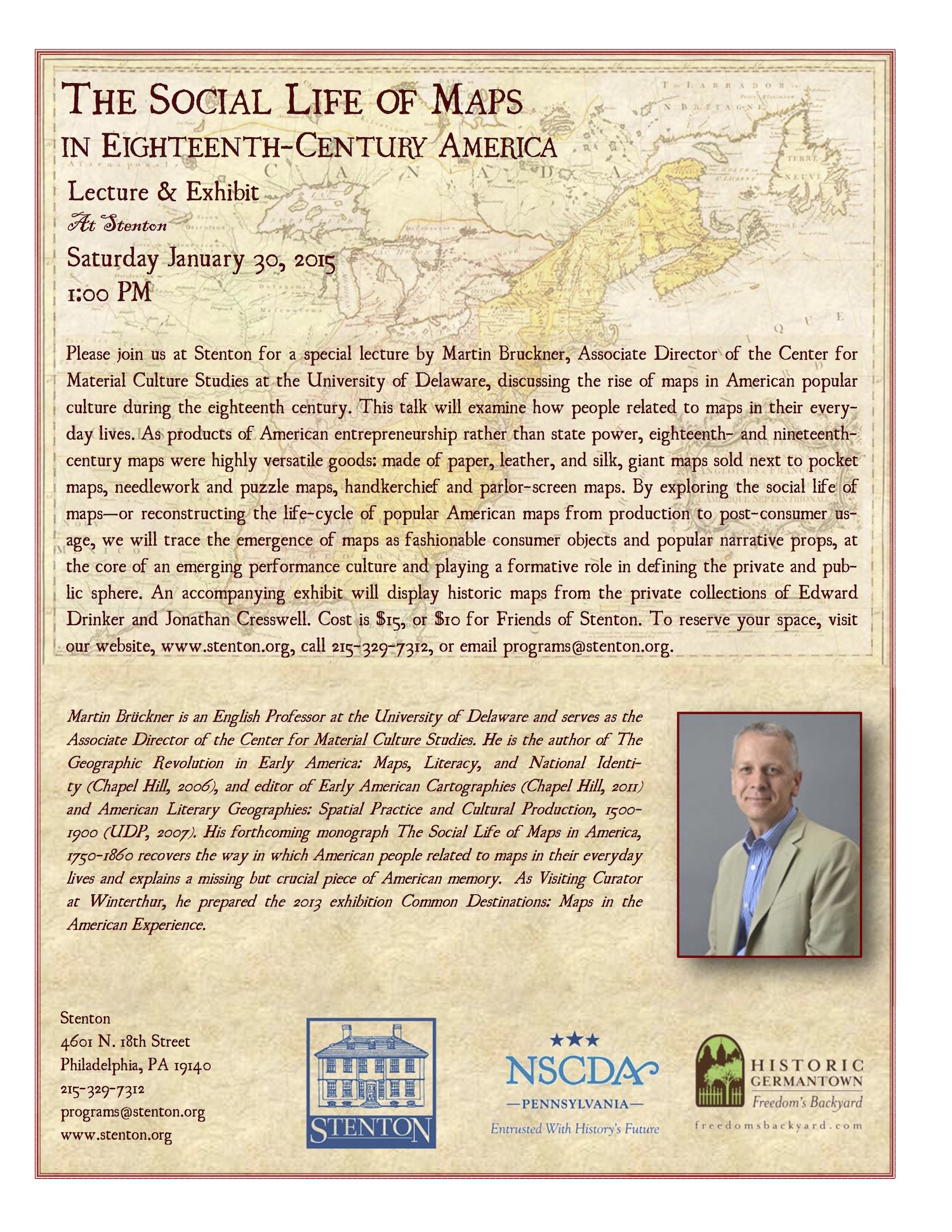