The Liverpool Central Library commemorates the 150th anniversary of the birth in Liverpool of Richard Le Gallienne (1866–1947)—poet, critic, and novelist—with an exhibition in its Hornby Library. On display are over 50 rare or unique items, many highlighting his lifelong connections to Oscar Wilde (1854–1900). Original photographs, drawings, manuscripts, unpublished letters, Victorian periodicals, and first editions tell the story of Le Gallienne’s successful literary career, which took him from Liverpool to London, the US, and France. Drawn from public and private collections and local institutions (including family papers in the Liverpool Record Office of Liverpool Central Library), these materials show his importance to the Aesthetic and Decadent movements, his involvement with the Yellow Book, his intimate ties to late-Victorian feminists known as “New Women,” and his links to artists such as Max Beerbohm and Walter Sickert.

Most of all, this exhibition illuminates the role that Oscar Wilde played as his idol, mentor, and friend—a relationship that began when 17-year-old Dick Gallienne, clerk in a Liverpool office, heard Wilde lecture in 1883 at the Claughton Music Hall in Birkenhead. Inspired by Wilde’s personal style and ideas about art, he renamed himself “Richard Le Gallienne,” wore long hair and artistic clothes, and dedicated himself to becoming an equally flamboyant figure and unconventional writer, devoted to Beauty in all its forms.

Mark Samuels Lasner is Senior Research Fellow at the University of Delaware Library. One of the foremost collectors of work by late-Victorian writers and artists—and recipient of the Sir Thomas More medal from the University of San Francisco to honor his “private collecting, [as] a public benefit”—he is also a bibliographer and author of The Yellow Book: A Checklist and Index (1998), The Bookplates of Aubrey Beardsley (2008), and other books.

Margaret D. Stetz, Ph.D, is the Mae and Robert Carter Professor of Women’s Studies and Professor of Humanities at the University of Delaware, USA. She is author of over 100 published essays, many of them on Wilde and his times—e. g., “Oscar Wilde and the New Woman” in Oscar Wilde in Context (Cambridge UP, 2013)—and of books such as British Women’s Comic Fiction, 1890–1990 (2001) and Facing the Late Victorians (2007). With Mark Samuels Lasner, she has curated numerous exhibitions, including Gender and the London Theatre (Bryn Mawr College Library, 2003) and “Everything Is Going on Brilliantly”: Oscar Wilde and Philadelphia (The Rosenbach of the Free Library of Philadelphia, 2015). 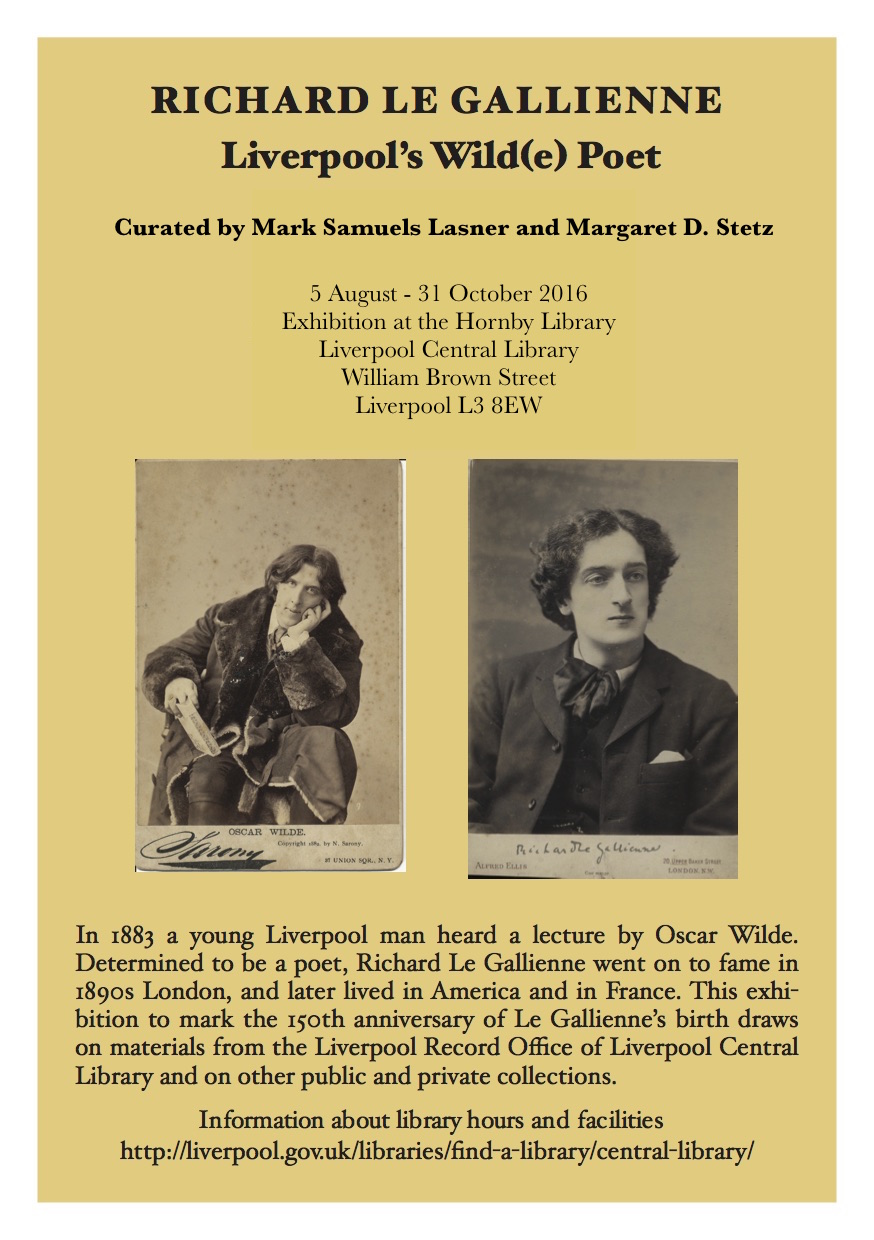 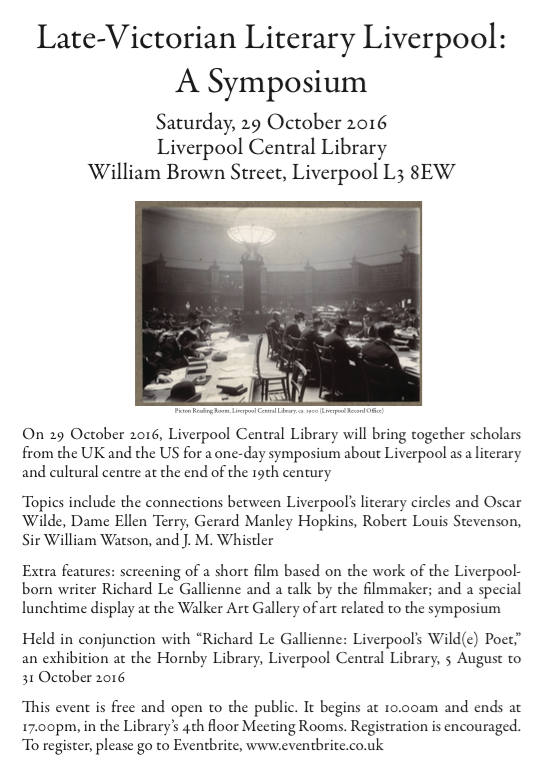