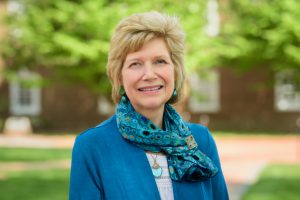 Debra Hess Norris is Chair of the Art Conservation Department, Director of the Winterthur/University of Delaware Program in Art Conservation, and Professor of Photograph Conservation at the University of Delaware. Since 1985, Norris has authored more than 45 articles and book chapters on care and treatment of photographic materials, emergency response, ethics, and conservation education; and taught more than 140  workshops and seminars for conservators and allied professionals globally – across North America and Europe and in the Middle East, South America, Asia and Africa – most recently Cuba.  As chair, Norris has raised more than $21 million dollars to support the Department of Art Conservation and preservation initiatives worldwide.  She has co-led the Middle East Photograph Preservation Initiative (MEPPI) with the Arab Image Foundation, The Metropolitan Museum of Art, and the Getty Conservation Institute. With Nora Kennedy and other colleagues, she has launched a similar photograph preservation training initiative in Sub-Saharan Africa with workshop in April 2014 in Benin. Norris co-edited a compilation of fundamental writings in the field of photograph conservation with Jennifer Jae Gutierrez – Issues in the Conservation of Photographs – published by the Getty Conservation Institute in 2010. She was the chair of Heritage Preservation (2003- 2008) and president of the American Institute for the Conservation of Historic and Artistic Works (AIC) (1993-97). She has served as president of the Conservation Center for Art and Historic Artifacts Board (CCAHA), US commissioner to UNESCO, and project co-director of The Andrew W. Mellon Collaborative Workshops in Photograph Conservation. Today she continues to serve on many boards and visiting committees, including the HBCU Library Alliance, the Foundation for the American Institute for Conservation, the Visiting Committee for the Department of Photographs at the Metropolitan Museum of Art, the American Friends for the Natioanl Gallery of Denmark, CCAHA Board, and the University Of Delaware Board Of Trustees.   In 2002, Norris was inducted into the University of Delaware’s Alumni Wall of Fame. Norris received the Rutherford John Gettens Merit Award for outstanding service to the AIC (1998), the Sheldon and Caroline Keck Award for excellence in the education and training of conservation professionals (2004), the AIC University Products Award for distinguished achievement in the conservation of cultural property (2008), the College Art Association – AIC Award for Distinction in Scholarship and Conservation (2017) and the UD Alison Faculty Award (2018). Norris has also served in many senior administrative roles in the College of Arts and Sciences as well as vice provost for graduate and professional education.